How to Put out a Kitchen Fire: 3 Manual and Automatic Methods

Knowing how to put out a kitchen fire quickly and effectively could save a life.

During a three year span, close to 8000 restaurant fires were reported across the U.S. each year. Most of these fires started in the kitchen.

At home, it's a similar story. Over a four-year period, domestic kitchen fires from cooking activities resulted in an average of 530 deaths per year.

With planning and preparation, no one ever needs to find themselves in the face of a kitchen fire and not know how to put it out. Below are the three most effective ways to put out a kitchen fire. 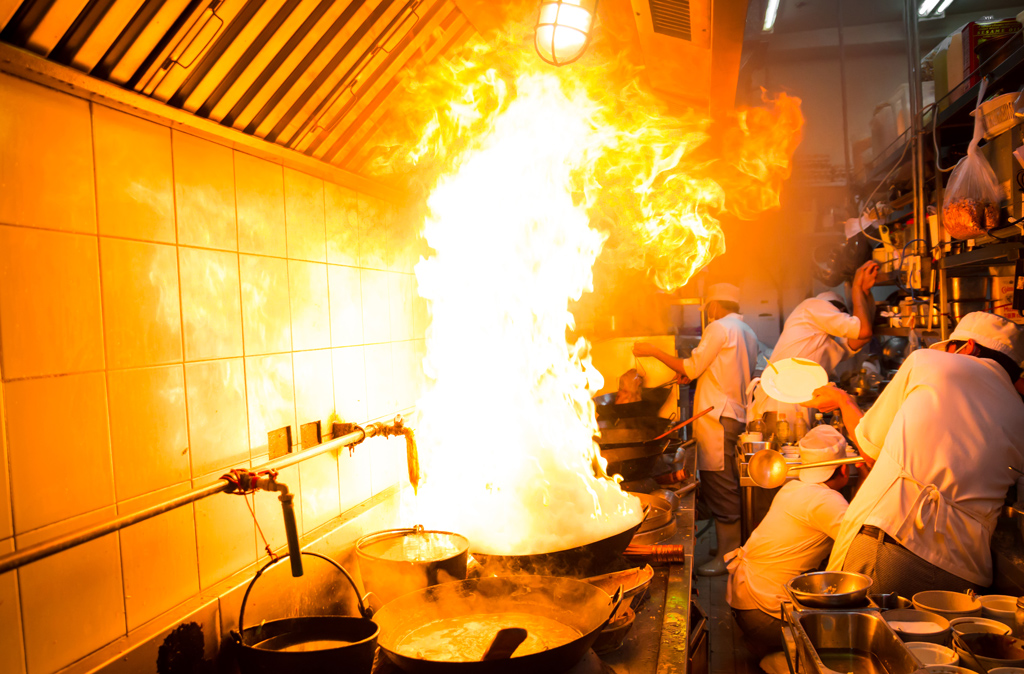 Equip Your Kitchen with an Automatic Fire Suppression System

Kitchen fire suppression systems are mostly found in commercial kitchens. But you can also have one custom-fitted into the dome above your stove at home.

For stove top fires, a suppression system is the best way to stop a kitchen fire. They're triggered when rising and sustained heat is detected. The fire is doused with wet chemicals emitted through nozzles located above the stove top.

The fire is put out and contained with minimal damage to the surrounding area. The system will also shut off the fuel line, and can also trigger an alarm and alert the local fire department.

In some instances, the automatic system may fail. Better still, someone may notice a fire has started before the system has had a chance to kick in.

In either case, it's crucial that anyone who may be in the kitchen at the time knows how to operate the system manually to put out the fire before it spreads.

In most cases, this may be little more than pulling a lever, but it's vital that staff and residents are familiar with the system so that they can activate it in an emergency.

It may mean the difference between stopping a fire from spreading and a critical burn injury.

Kitchen fire suppression systems are excellent if the fire starts with food cooking on the stove. Anywhere else in the kitchen and they'll be of less use.

All fire extinguishers are not created equal. It's important you have the right type of for the intended job.

As with the manual activation of a fire suppression system, all those who may have reason to use the fire extinguisher must be familiar with how it works. Once the fire is ablaze in the kitchen is not the time to start reading instructions.

If necessary, attend an instruction class. Your local fire department may have this service.

Knowing How to Put Out a Kitchen Fire Keeps You Safe

Now that you know how to put out a kitchen fire, your next step is to take action.

Maybe you need to upgrade or replace an old fire extinguisher. Or perhaps you need to be better acquainted with the equipment you already have installed.

The most important aspect of a fire protection system is preparation. There's no better time than now.